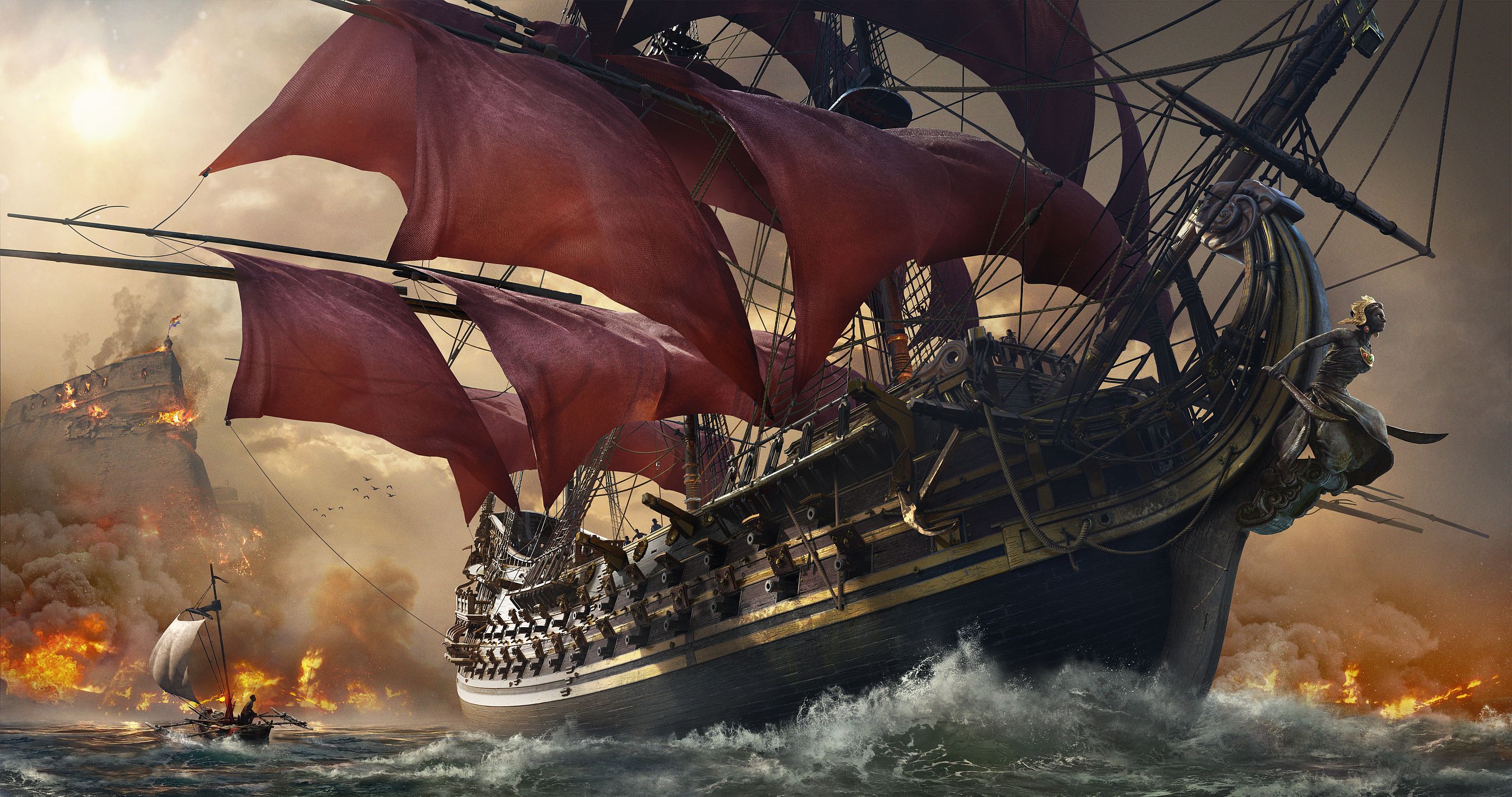 A new developer video for Skull and Bones has been released and shows off 30 minutes’ worth of footage from the game.

While the game itself is not a narrative adventure, there is some “narrative” in it to tell a story in specific circumstances, and referred to as an “investigation.”

One of these investigations focuses on a brother and sister, both vying for the throne of a small kingdom. The brother, in this case, has taken off with the crown and hidden it someplace. Your quest is to find the crown, and upon reaching the location, you’ll do some plundering before heading to another location.

Another instance shown in the stream was pulling up next to a shipwreck. Here, you only need to hit the loot button, and the item appears in your inventory.

The purpose of investigations is to tell some backstory, one of which involves a fella named Captain Freeman. Apparently, according to the game’s lore, Freeman hid his plunder somewhere in the game world, and you will want to find the location of the large cache.

Speaking of lore, the developers have tried to remain true to everything pirate. There’s the language, some sea shanties, obligatory drinking, dancing, playing instruments, and more.

More information was provided in the developer stream, so if you are interested in Skull and Bones, you’ll want to give it a watch.

Since its most recent delay, a new release date has yet to be set for the pirate game, but it’s expected early during Ubisoft’s 2023-2024 fiscal year.