Overwatch 2 has been out for well over a month, and I’ve been sucked back into Blizzard’s hero shooter in an alarmingly intense way. It’s as if I was 16 again, losing my nights trying to climb the competitive ranks. ‘One more game’ turns into five, and before you know it, it’s 1AM – enough time for just one more match, I think.

But for some reason, I don’t feel that nostalgic. Overwatch 2 feels like a drastically different game from the one I remember playing as a teenager all those years ago. And it’s probably because I’m always on support these days.

Will Ramattra be a good or bad complement to everyone’s favourite Irish hero?

You see, I’m a bit too lazy to queue for six minutes to play as a tank or DPS, as much as I miss flying about as D.Va. So, I’m inevitably always on support since queue times are significantly shorter for healers. This is because support is currently the most undervalued and taxing role in the game, thanks to the change to 5v5 teams.

I’ve played countless matches with tanks who dive into enemy teams alone and then blame healers for not following them into certain doom(fist). You’ll also rarely receive Play of the Games at the end of matches since Overwatch 2 only really tracks things like multi-eliminations for POTG. Playing support, farankly, is a lot of work for very little reward.

Despite Overwatch’s huge support problem right now, though, I’m not mad. Actually, I’m still just as glued to the sequel as I was to 2016’s orignal take on the shooter, and I’m pretty sure I can pinpoint the exact reason for that: it’s Moira. This sadistic scientist is currently my favourite support on the roster, precisely because with her, it doesn’t feel that much like playing support. 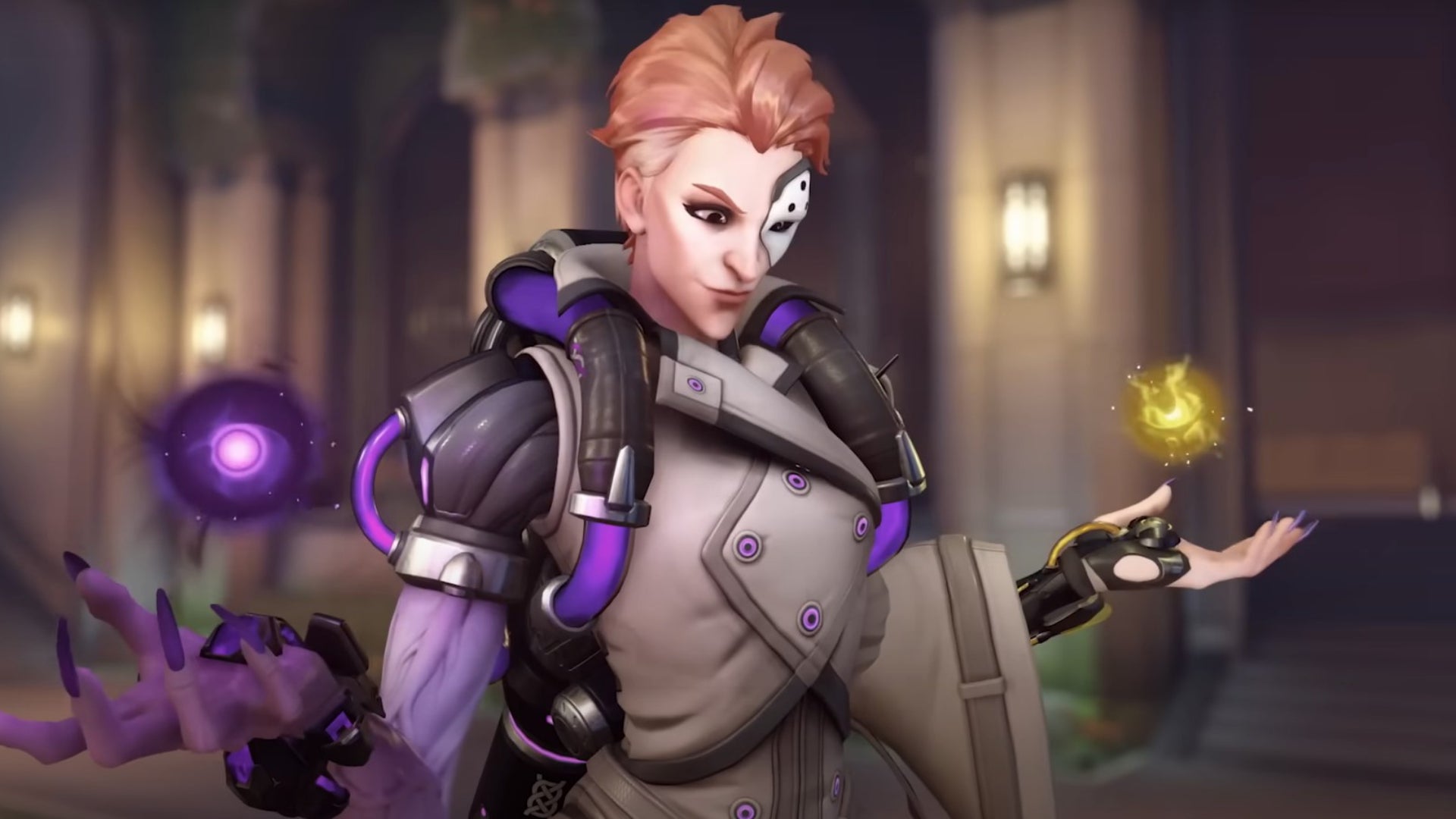 Overwatch 2 Moira is a world apart from the original game’s version – in some ways.

Let’s say you’re playing support as Zen or Ana; hiding on the backlines, staying away from imminent danger. What’s going to protect you from a flanking Sombra, or a diving Winston leaping to pick you off? Even if you’re playing a support that involves more close-quarters healing (like Mercy or Lucio), a neglectful team will just let you die – and then blame you for not healing.

Playing support is demanding work, but these frustrations don’t really exist when playing as Moira. A flanking enemy will be disappointed that they spent any time pursuing me when I quickly fade out of reach, out of existence, and counter with a damage-dealing, often-fatal, biotic orb. And if an enemy dares to come for me in the middle of my team, I doubt they’ll be able to pick me off when I use a healing biotic orb – a flying ball that latches onto friends or foes to heal and damage. Moira is by no means a support built for healing, specifically: she’s flexible, agile, and in the right hands, she’s lethal. 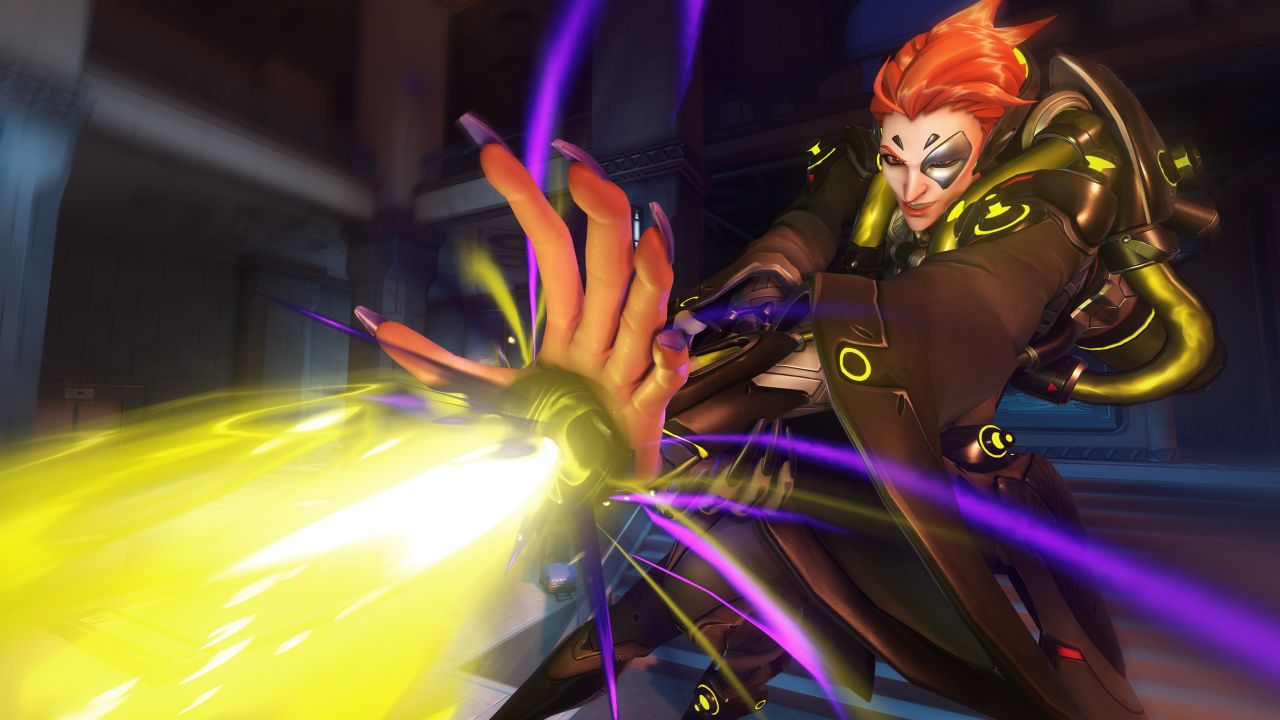 Coming to end your Rein.

In fact, the game itself perfectly illustrates what I feel during an interaction between Moira and Reinhardt – and even the fact that I remember this conversation is a bit scary. Reinhardt remarks that he should crush Moira like a bug for what she’s done. Moira, like a bad bitch, replies that some centipedes kill prey fifteen times their size. And this is emblematic of the Moira experience: she’s a DPS support. Sure, she heals and she’s really good at it. But her toolkit is designed to finish enemies off in certain circumstances. Essentially, she’s the perfect support for DPS mains. A centipede in a roster of bigger, softer bugs.

Genji, for example, is a damage hero that can be very annoying to deal with. His high mobility and deflect ability make him a hard target for many heroes. Not for Moira. Moira’s secondary fire automatically latches onto an enemy in range. And boy, does this thing have range. So if the rest of my team struggles to eliminate an evasive target, like Genji or Lucio, I can step in instead. 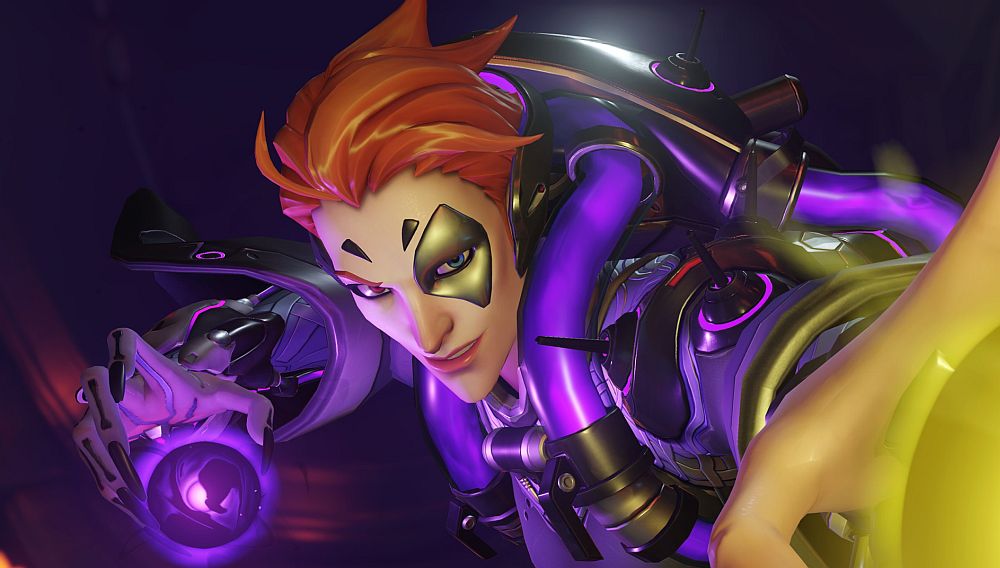 The aforementioned biotic orb can be another real terror. I’ve been on the receiving end of this ability and it’s impossible to outrun unless you have an ability to do so. Running away from an encounter on low health, only to see a biotic orb chasing you reminds me of the last scene in Friday the 13th. Canoeing along, scarred and almost dead, giving a big final-girl sigh, before Jason jumps up to kill you with his machete (or magical life-draining orb.)

If Overwatch 2 wants to fix its support problem, it should look to Moira for inspiration. 5v5 settings aren’t fit for supports that don’t have offensive or evasive capabilities. Moira, as an alternative, actively encourages aggressive play. After a short while, your healing spray runs out and regenerates all too slowly. The only way to quickly reload it is to attack.

Honestly, maybe the reason I’m having so much fun with Moira is that her playstyle has left an imprint on my brain. If I close my eyes, I can see exactly when to jump during her fade ability, extending the distance covered while slinging through the air. Likewise, I instinctively know how to angle my biotic orb, so it bounces off walls and reaches my target.

For me, playing Overwatch 2 is like watching a one-woman show: the Moira show. I’ve kind of adopted her behaviours. Any Mercy I see is just prey. I pounce to strike and recoil like a snake. Throwing my biotic orb at the same time as my main attack before swiftly retreating to safety with fade. 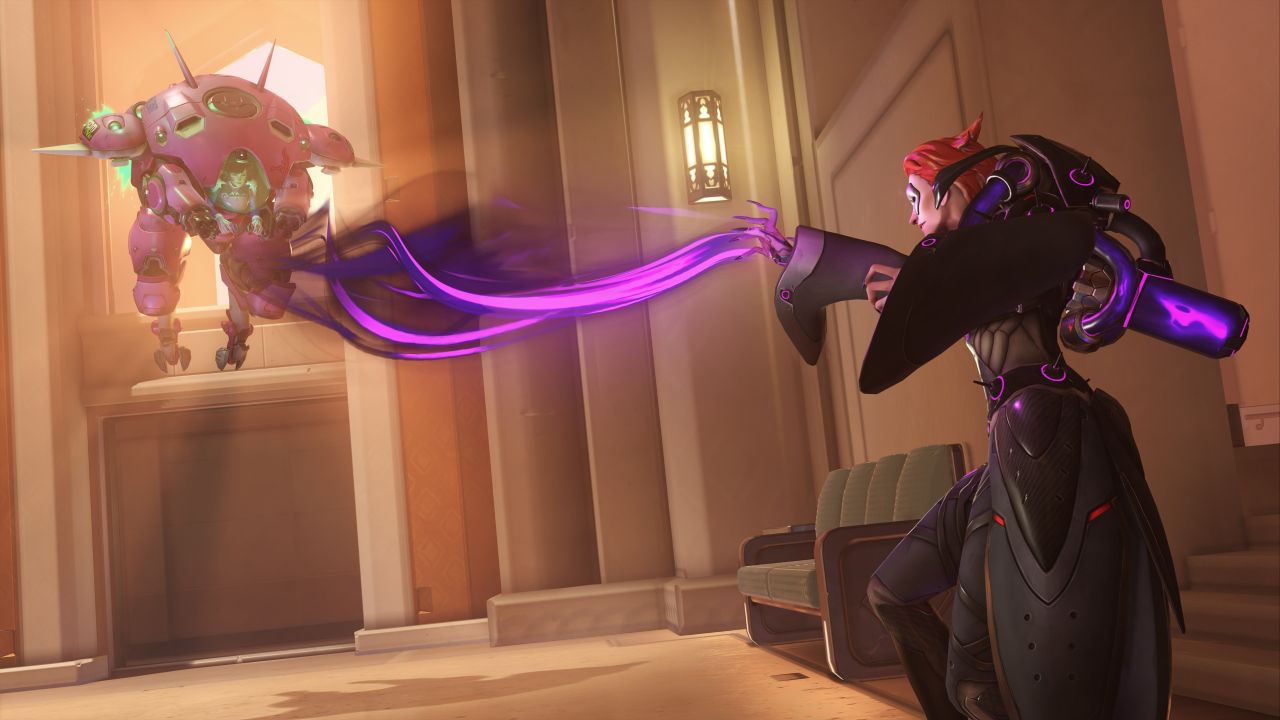 Tanks? Don’t worry about it.

There’s an entire drama that unfolds during a single match. I feel like a predator when I see a Zenyatta I can corner and assassinate. I feel dread when I see a Roadhog I’m hopeless against. And I feel bitter when I die at the hands of Symmetra – a character I loved playing in 2016. I’m sure Genji mains have an entirely different experience with Overwatch 2; I hope they’re not happy to see me.

My lack of playtime as other characters hasn’t hindered my enjoyment of the sequel. There’s a unique joy that comes from mastering and maining a character in any game – becoming so acquainted with a hero’s toolkit that it feels like an intimate experience. Like no one could quite know this character in the way you do; the nuances in their movement, the instinctual knowledge of ability cooldowns, the familiarity with all their voice lines.

I’m not mad that I rarely play other heroes anymore. I have tons of fun role-playing as Moira, inflicting pain on my enemies… for the betterment of my team, of course. If you’re mainly a DPS player but want to get into a match quickly, just go with Moira. Try it out. I’m sure it’s just as satisfying. But maybe try to heal now and then.