Take a peek at New Atlantis, the crown jewel of Starfield’s space-age cities, and you’ll find the usual utopian futurist sights. A spotless landing strip to welcome new arrivals, gleaming cream-coloured buildings interspersed with lush trees, and a sparkling central high-rise that curves upwards to the stars. Look a little closer and you’ll notice sitting slap bang in the middle of them is a bank, crammed within the otherwise idyllic scene.

At least, it’s probably a bank. Emblazoned on the outside of the building, and spotted elsewhere on another unknown planet, is the half-completed word “GalB-“. The rest of the lettering is hidden from view, but a character creation preview video released last October all but completes the missing signage: “You own a luxurious, customizable house on a peaceful planet!” reads the Dream Home character trait. “Unfortunately it comes with a 50,000 credit mortgage with GalBank that has to be paid weekly”.

Read between the lines, and we know quite a bit about Starfield so far.

Of everything we’ve seen in Starfield over the past few months, it’s that mention of GalBank and its accompanying mortgage system that’s stuck most firmly in my mind. It hints at a vastly more substantial in-game economy than what’s appeared in previous Bethesda releases – one that potentially includes an entire loan system and visitable bank branches spread across Starfield’s many worlds. It’s a dose of financial reality, and one I hope the team at Bethesda is given room to expand on so they can fully explore the crushing weight of our spacefaring future.

At first glance, though, it all appears a little peculiar. In a world that looks to take as many cues from the pulpy adventures of Buck Rogers as the clean aesthetics of SpaceX, the literal towering presence of banking seems like an odd fit – an unexpected and unwelcome mark on the freedom of the final frontier. Starfield looks ready to sell you into the world of finance before you’ve even given your character a name or strapped on a single space boot to explore its utopian worlds – something that Hardspace: Shipbreaker has done before, and to great effect. But in whose utopia do banks exist, let alone sell stingy weekly repayment plans at undisclosed fees? 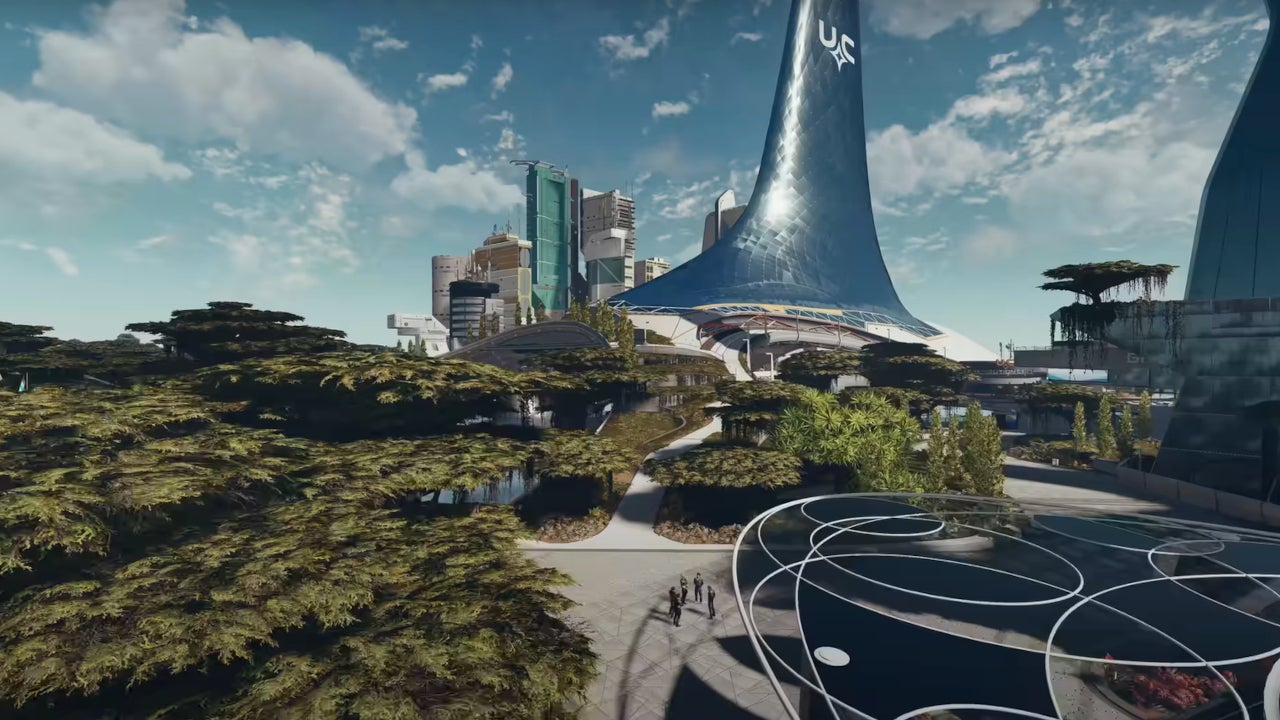 Look to the right of this image, and you’ll see a GalBank building, partially obscured.

In Starfield’s “NASA-punk” universe, apparently. Bethesda’s vision of the future is wide-eyed and grounded in the here-and-now. It’s supposed to be “relatable”; an extrapolation from our own world and the renewed interest in space travel that’s emerged over the past couple of decades. Bethesda says it wants the game’s 1000-planet-wide universe to feel “believable and, while maybe not always the most welcoming, at least familiar”.

As grim as it sounds, an overbearing financial system might be just the thing to create those pockets of familiarity in an alien universe. The space industry of today has morphed into the plaything of billionaires. No longer the site of ideological struggle it was last century, humans’ flight to the stars is a means for the richest men of the world to fulfil their boyhood fantasies, or sell those fantasies to the slightly less wealthy mega-rich through tourist trips. 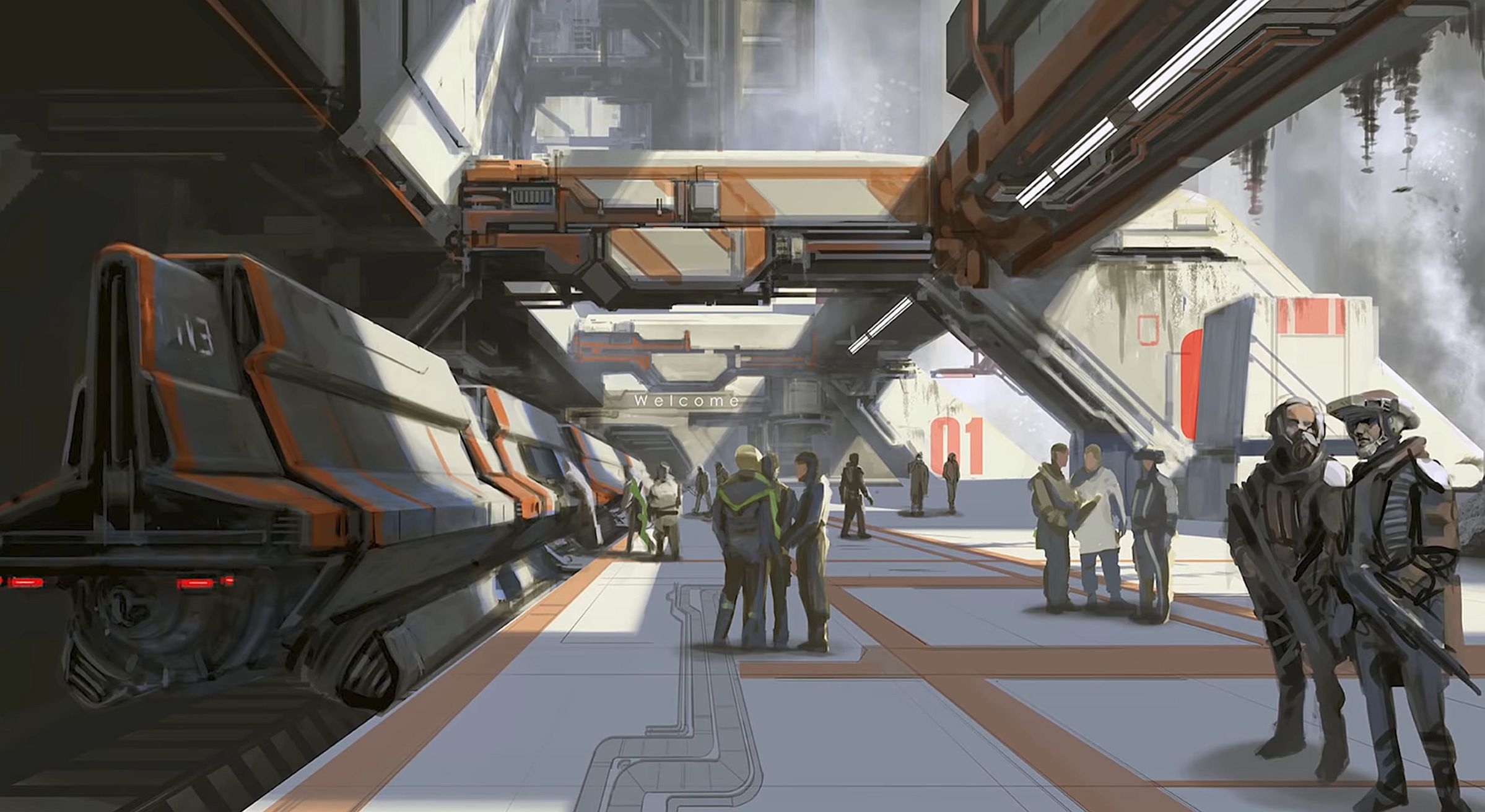 With private enterprise now leading rocket launches, it’s not much of an imaginative leap to a future where cosmic life is entangled with the financial institutions that bankroll the billionaire space race of today. And while Starfield certainly won’t be the kind of game to simulate the intricacies of commercial finance, you don’t need to look far across the field of RPGs to see how classics of the genre have used even basic in-game economies to effectively realise their worlds.

BioWare’s Baldur’s Gate, for instance, sells the danger of the Sword Coast through shrewdly distributing stashes of gold behind tough enemies and remote encounters. In the early hours of your adventure, a handful of the precious resource can mean the difference between a night spent sleeping safely in an inn, or a risky long rest on the roadside, leaving you open to a midnight ambush. Squander your funds too soon, and you’ll quickly find out why few travellers are seen on the road at night.

Then there’s the macro-level empire building of Mount & Blade that charts your journey from wayward vagabond to upstart vassal, and eventually ruler of your own domain. When the hardiest mercenaries and most loyal companions can be bought for the right price, the game is as much a challenge of astute financial management as a test of combat. Waste your gold on ineffective soldiers or flashy items for your characters, and you’ll get a taste of just how merciless Calradia’s feudal food chain can be. 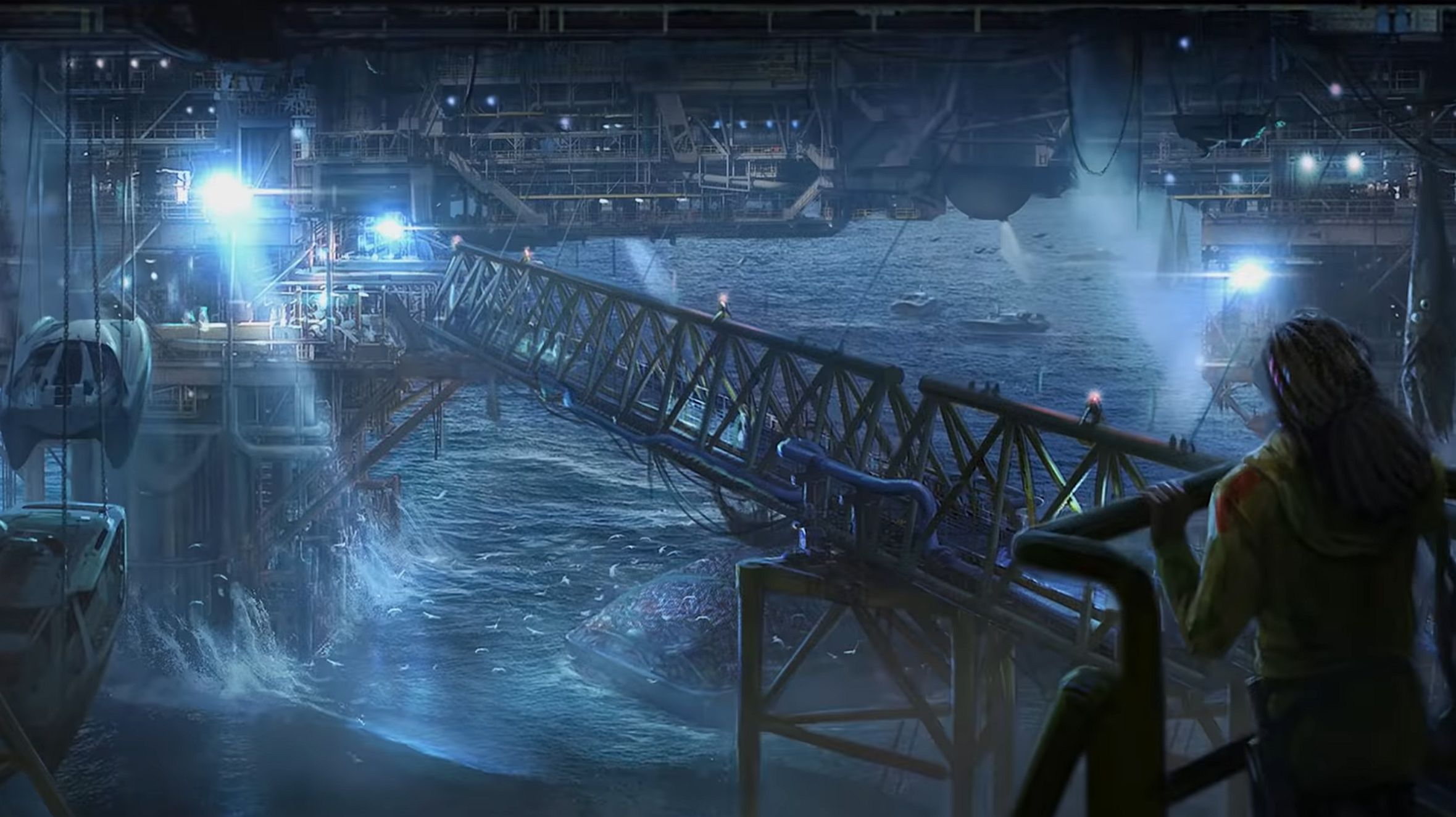 Need cash? Be a miner! A famously secure job…

Even Bethesda’s very own The Elder Scrolls: Daggerfall has a surprisingly robust financial system. Wander to one of the many banks scattered across the world, and you can open an account to store your heavy gold between adventures, or take out a letter of credit to transfer your coffers from one region to another. And in what now looks like a precursor to Starfield’s financial system, Daggerfall’s banks can loan gold to cover the cost of a house at a 10% interest rate. Default on the payments though, and your reputation in the city will gradually degrade until you pay up.

Taken in isolation, the money-making ideas of these games are not what makes them special, and some are severely lacking. Counting your pennies is crucial in the first chapter or two of Baldur’s Gate, but it’s not long before you’re drowning in gold or bypassing vendors for quest loot. And although Daggerfall’s banking has surprising depth, you can happily ignore the entire system if you’d rather not entangle yourself with debt repayments and credit systems.

But even under-developed, the slim financial systems of these RPGs instil a strong sense of the worlds that exist outside of the player’s view. Beyond the edge of your screen are more characters than you’ve yet encountered waiting to ply you their wares, sell you their services, or demand payment on your debts. Something as cold and faceless as a financial calculation can breathe life into the fictional place that surrounds you. Especially when practically everything you need to do to facilitate those big, step-out moments is likely to cost you… something. 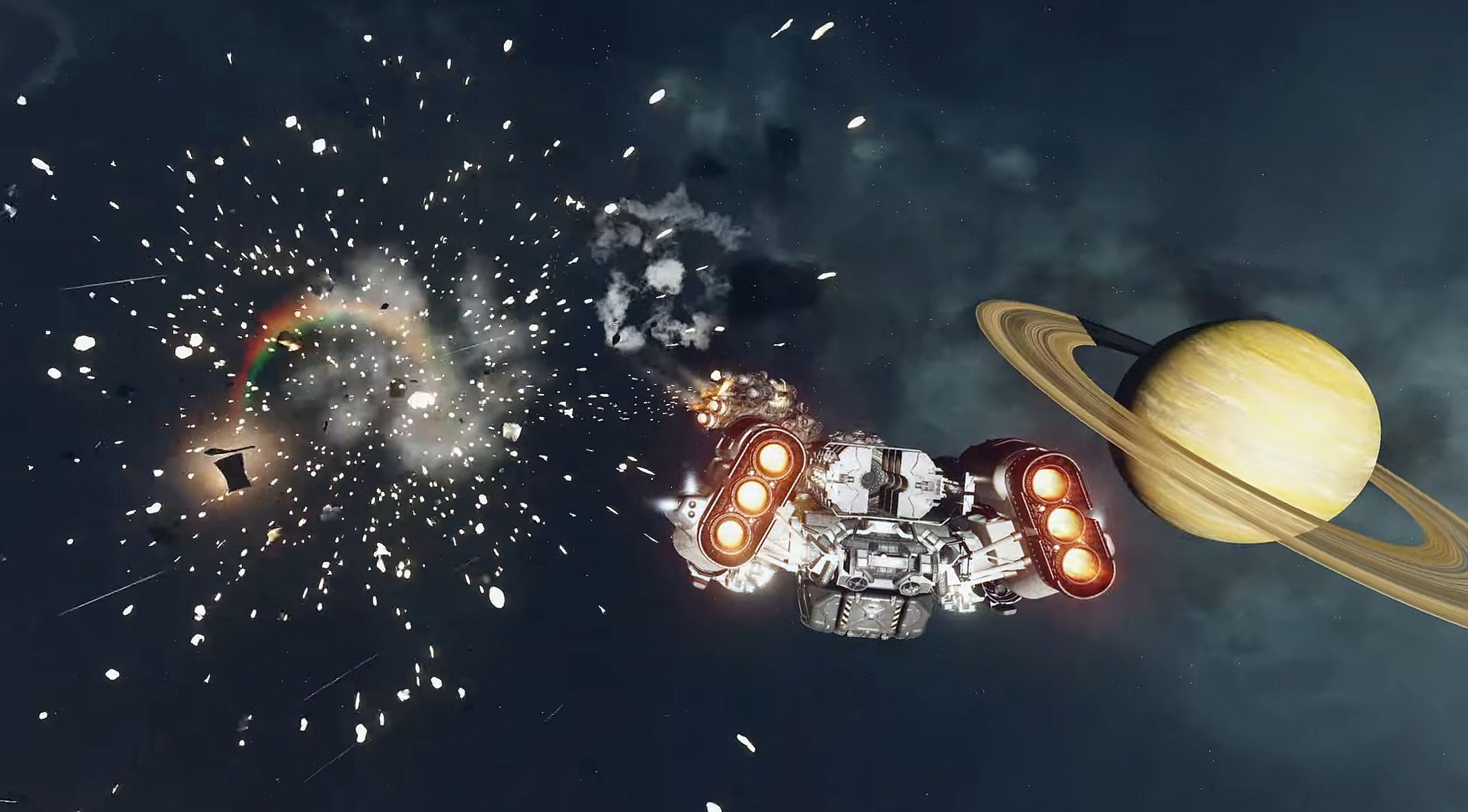 Want to go space-faring? It’s going to cost you.

It will be fascinating to see if Starfield wields its banking system in a more intentional way than the RPGs that have come before. In creating a world that touches on the cosmic by drawing on the familiar, Bethesda can’t possibly register all the facets of current-day space technology that will chart our path to the stars. But if it lends a special focus to just one, I hope it’s the systems of money that will underpin it. The thousand worlds of Starfield would feel all the stronger for it.