Photo by Hannah Busing on Unsplash

BobbysBrane | Globe maintains communications in Abra, working with DSWD | Residents of Abra, particularly those who were forced to flee their homes as a result of the magnitude 7.0 earthquake, have been given access to Globe’s network as the company has continued to maintain its communications support for families who were affected by the disaster.

Globe, in collaboration with the Department of Social Welfare and Development, provided evacuees in the province of Abra with prepaid load as a form of communication support to assist them in staying connected with their loved ones and gaining access to online services.

Globe was the first telecommunications company on the ground to provide urgent assistance within hours of the earthquake, and they continued to offer free calls, charging, and WiFi connectivity in the town of Bangued until Friday, July 29.

The Libreng Tawag, Libreng Charging, and Libreng WiFi (LTLCLW) station that Globe constructed at the Bangued Plaza with the assistance of the local government served affected families during a time when it was important to keep in touch with loved ones in order to obtain assistance.

Since the earthquake, its network has continued to function normally, offering dependable access amidst ongoing efforts to respond to emergencies and provide disaster relief.

The Globe Group has also opened up a number of different contribution channels in order to collect support for individuals who have been impacted by the earthquake:

KonsultaMD, the telemedicine platform offered by Globe, is providing individuals who were impacted by the earthquake with FREE consultations with a general physician for the duration of one month.

Survivors of the earthquake can take advantage of unlimited voice KonsultaMD consultations between July 27 and August 31 by using the code LIBRENGKONSULTA, in addition to receiving one free video consultation within the same time period. Patients will be able to receive their necessary prescriptions, laboratory requests, and medical certificates in an electronic format through the use of the app.

In addition, KonsultaMD is providing psychosocial help to earthquake victims who are in need of mental health consultations through the utilization of the voucher HEREFORU, which allows for an infinite number of sessions to take place within the same time period. In order to enjoy the free consultations, all that is required of them is to download the KonsultaMD app and enter the voucher codes.

According to statistics provided by the government, the earthquake that occurred on July 27 caused damage to vital infrastructure as well as heritage monuments in certain regions of Northern Luzon. As a result, approximately 80,000 families were impacted.

To know more about Globe’s efforts in response to the recent earthquake, visit https://www.facebook.com/GlobeBridgeCom/

Photo by Hannah Busing on Unsplash

Omdia: Transformable display market will grow up to 117.7 million units in 2029

Omdia: Transformable display market will grow up to 117.7 million units in 2029 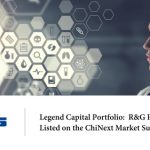